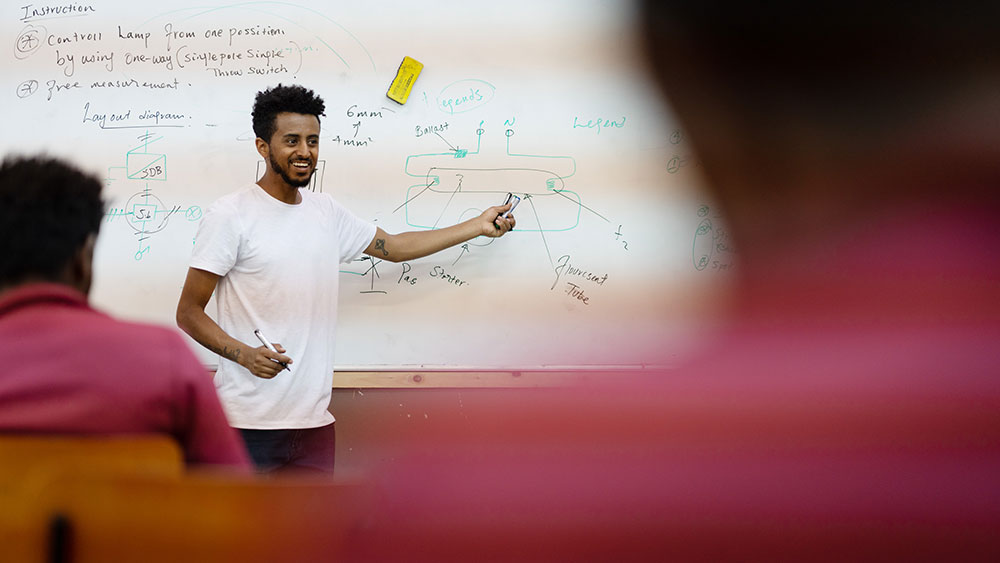 SELAM – that is the name of an Ethiopian children’s aid organisation to which Bender is committed. The first “social-electrical” aid project was launched on the company’s 75th anniversary in 2021. With this commitment, a connection between the past and the future has been made under the anniversary motto “Make An Impact”. After all, social responsibility was already a central life principle for company founder Walther Hans Bender, which has been part of Bender’s DNA for 75 years and will continue to significantly shape the company’s values in the future. “We decided to support SELAM because we are also taking our global responsibility into account,” says Anne Römer, granddaughter of the company founder and shareholder of the group of companies, summarising the decision for this project. The training class called “Bender@SELAM” is currently being formed, which Bender will support over a period of three years, and which will end with a qualification as an electronics technician.

Unfortunately, “Bender@SELAM” could not start with the training in the fall of the anniversary year 2021 as originally planned. Due to the pandemic, but also because the Ethiopian government has changed its requirements for training, the start had to be postponed to the fall of 2022.

During the anniversary year, more than 15,000 euros were collected through donations, which, in addition to the agreed three-year support, will go towards sponsoring a “short-term training”. This is a basic training programme that has been running since April 2022 and consists of a 4-month theoretical part and a 2-month internship. More than 30 young adults receive specialist knowledge from the field of electrical installation as part of this measure. The training location is the SELAM electrical training centre. The programme helps the highly motivated participants to significantly improve their chances on the labour market.

From October 2022, the training class “Bender@SELAM” will start, in which up to 20 young adults can participate. The training runs for three years (until the fall of 2025) and ends with a vocational qualification as an electronics technician. All training costs incurred over the entire period will be covered by Bender.

“We are looking forward to seeing how the training progresses and are pleased to be able to help people help themselves in this way,” emphasises Anne Römer.