New trend for machines: Signalling instead of switching

Mechanical engineering, which is continually attempting to reduce machine stoppages and downtimes, can now make significant progress down this path, leading to considerable cost savings.

In October 2016, the new version of IEC 60204-1 was published at international level. It can be expected that the final German version of the standard “Safety of machinery – Part 1: General requirements”, which was published as a draft version back in October 2014, will be released soon. In terms of power supplies for machines, a clear new trend has emerged: Signalling instead of switching.

Why is this important?

Regardless of whether the reference is to a main or a control circuit: Provided that no risk is present, an initial insulation fault should not trip a protective device and thus lead to an immediate interruption of the circuit. Particularly in complex, interrelated processes, a shutdown can have fatal consequences, shut down the entire production and also damage machinery.

In some cases not only the machinery has to be repaired, but high restart costs can also be incurred. This is where the machinery planner or designer comes in. By selecting the right system type, potential hazards can be prevented and, as a result, maintenance can be rendered more predictable and cost-effective.

The choice of the system type

The basic safety standard DIN VDE 0100-410:2007-06 is of relevance for protection against electric shock. It defines the well-known system types TN, TT and IT, together with the necessary protection and monitoring devices.

What changes does the new standard bring?

A fundamental change here is the fact that in the “old” version of DIN 60204-1:06-2007 for control circuits in accordance with section 9.4.3, it was only necessary to fit the unearthed control circuit (IT system) with a device which automatically interrupts the circuit in the event of an earth fault. In principle, this continues to apply.

However, section 9.4.3.1, 2) now states that it can be sufficient to use an insulation monitoring device (e.g. in compliance with IEC 61557-8), which issues an acoustic or visual signal to the machine should a shutdown present a risk to operation of the machine/system or if continued operation is required even in the case of an earth fault. 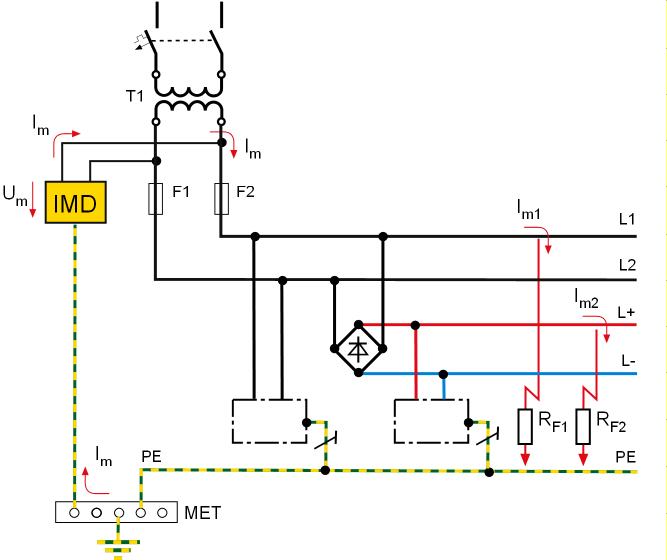 Example of a control circuit with galvanically connected DC loads

Alongside this amendment, the requirements for unearthed main circuits (IT systems) were also defined more precisely. Section 6.3.3 demands that the relevant requirements of IEC 60364-4-41:2005 are taken into account. As such, in accordance with IEC 61557-8 or DIN EN 61557-8:2015-12 for IT systems, an insulation monitoring device which reports the first insulation fault is required.

In the subsequent explanatory note, it is pointed out that with larger machinery an insulation fault location system (IFLS) can assist maintenance since it locates insulation faults whilst operations are ongoing, without the need to shut down the machinery.

Furthermore, in section 6.3.3 for TN and TT systems the standard recommends the use of an residual current monitoring device (RCM) as per IEC 62020 in order to improve preventative maintenance.

This represents a plus in terms of electrical safety for both the machine and the production process for the broad range of mechanical engineering.

In a few applications attempts are made to increase system availability through the use of uninterruptible power supply units (UPS). This is also helpful in the event of a power failure. Simple insulation faults in machines do, however, much more frequently lead to automatic shutdown of the power supply. A UPS system in the TN system does not lead to an improvement as the circuit with the faulty load must be shut down once the first fault occurs.

As a whole, the IT system with insulation monitoring thus provides a high level of operational stability – particularly in sensitive areas such as e.g. the production of glass or foodstuffs and also other production areas with powerful, controlled drives.

The cost trap of plant downtime

Often a plant shutdown has some effects that go beyond the pure downtime of the machines. In the event of an unscheduled machine or system shutdown for semi-conductor manufacture, the wafers which are being processed must be disposed of as the production process cannot be continued seamlessly.

The consequences for production of foodstuffs are similar. In the event of an unscheduled shutdown, the product (such as a milk product) may spoil quickly. Additional costs for disposal may also incur. There may also be further costs due to a delay in delivery. This could all result in six-figure totals. 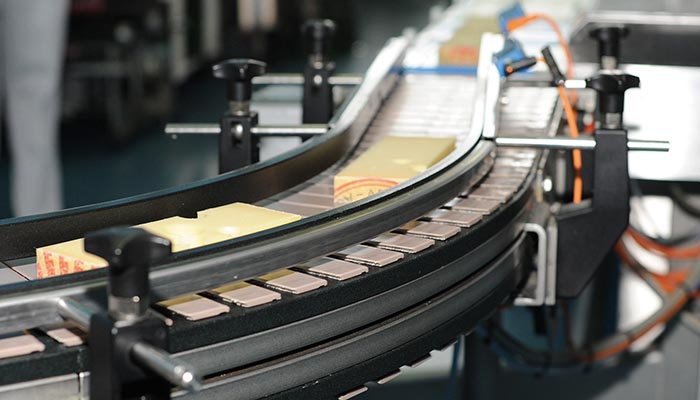 Therefore, when assurance of the general availability of a machine or production system is involved, the electrical system must also be monitored equally in addition to the mechanically relevant components. After all, even the best machine cannot produce anything once the power supply has been interrupted.

Good and regular maintenance is at the heart of uninterrupted and optimum operational processes in mechanical engineering. There are rudiments for various maintenance concepts with which the machines are monitored via a great diversity of sensors. But how does the monitoring of electrical systems look in terms of optimised maintenance? IT systems are proving to be the means of choice here. They lower the costs for maintenance and servicing. Thanks to the insulation monitoring device, the decline of the insulation level and thus insulation faults can be identified at an early stage.

It must also be taken into account that insulation faults are the most frequent cause of fire in machines and electrical systems since a high current flows in earthed systems in the event of an insulation fault. The probability of fire is very low in the IT system. Even the Association of Experts recommends the IT system as the best solution at present for insulation monitoring with reference to fire hazards in its directive VdS 3501:2008-10 (02).