Every year, the Chamber of Industry and Commerce (CIC) of Giessen-Friedberg awards the title of "Company of the Year" to successful companies in the Chamber's district.

Every year, the Chamber of Industry and Commerce (CIC) of Giessen-Friedberg awards the title of "Company of the Year" to successful companies in the Chamber's district. Awards in various categories are given to individuals and companies who have contributed to a strong economic future in the region. Five experts from economic and scientific backgrounds use best practice examples to assess the drive and spirit of successful entrepreneurs. Dr Thomas Schäfer, Minister of Finance in Hesse, took over as sponsor of this award in 2019.

Bender officially received this accolade at the CIC annual reception in mid-January. District President Dr. Christoph Ulrich praised the company in his speech, calling it a "hidden champion" that prefers to work unnoticed, but acts as a driving force for the domestic economy with its products and services and is among the best in the world.

The award "Company of the Year 2019" is the latest in a series of awards Bender has received in the last two years. In October 2019, the company was delighted to receive the coveted "Hesse Champion" award in the "innovation" category. A few weeks prior, Bender was a finalist at the "eMove Awards" in Munich. All these accolades recognise the company's outstanding performance in the development of products and services for the future of electromobility.

The year before, Bender was already on the radar of various awards, particularly in the field of training.

Click here to view the video of the awards: hier. 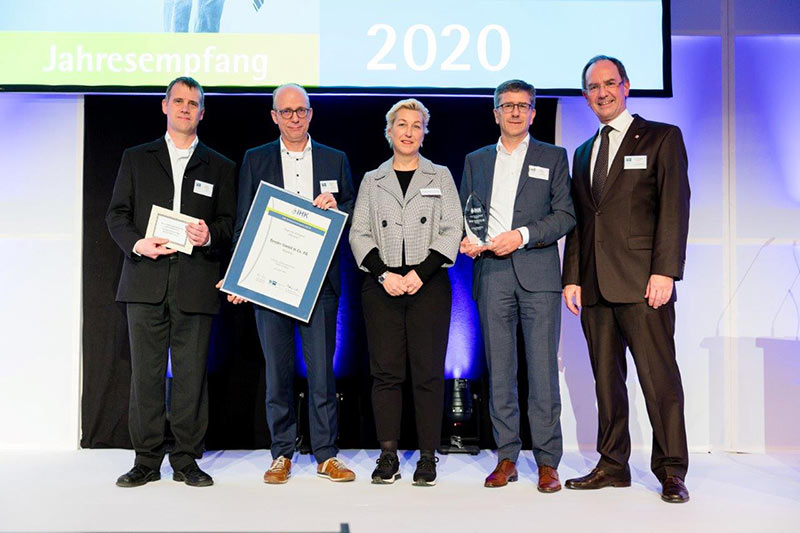